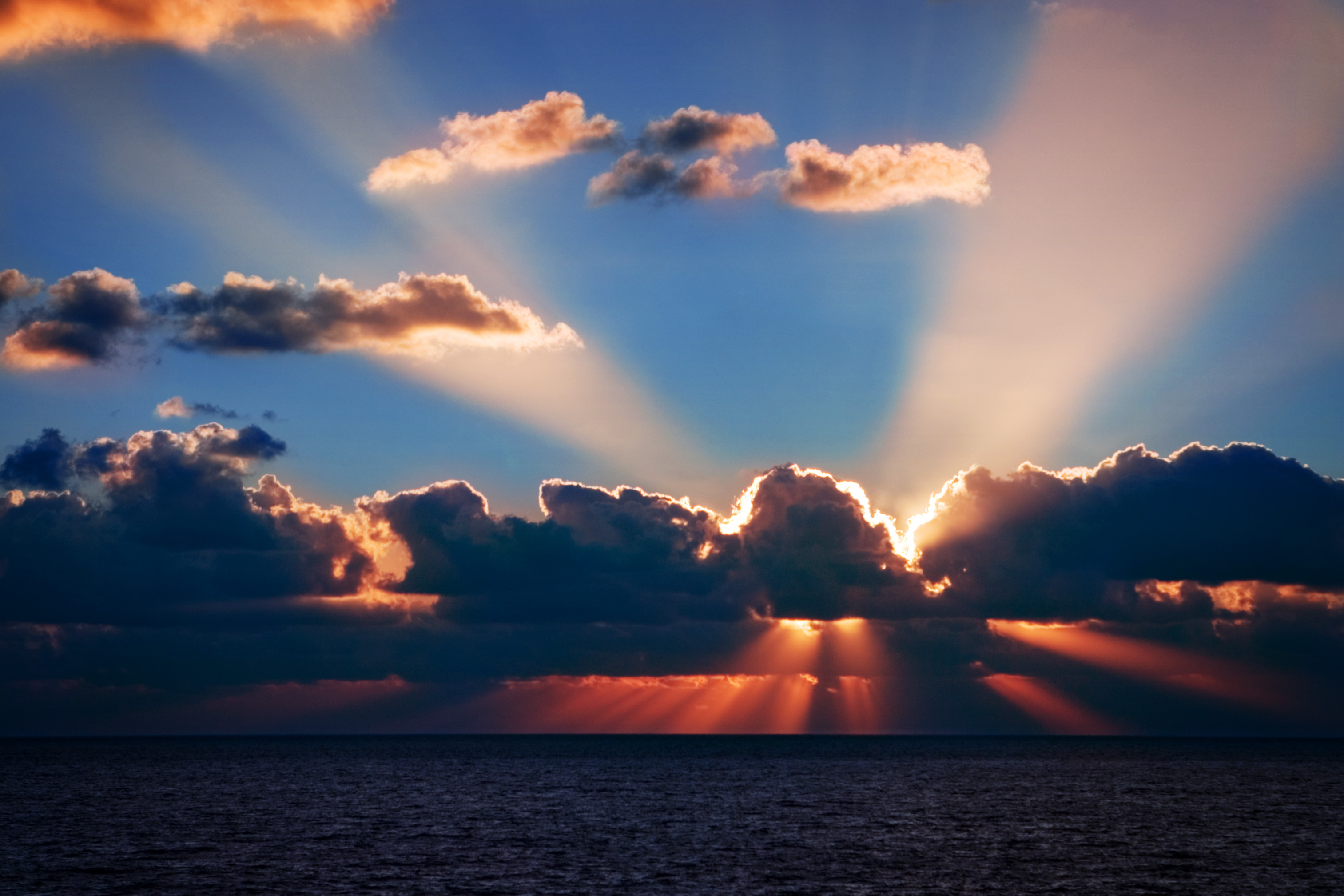 Recent days have seen a torrent of news stories about a new technology, called CRISPR, which has been described as having potential application in Huntington’s disease. Is this new technique as cool as it sounds? Possibly — but, as always, the truth is more complicated than the headlines suggest.

The HD gene, and silencing it

Huntington’s disease is a genetic illness, meaning that every HD patient inherited a ‘mutant’ copy of a specific gene from one of their parents. We now call the gene in which this mutation occurs the ‘HD gene’.

All people have two copies of this HD gene, and most people don’t develop Huntington’s disease. It’s only when a specific change in the DNA sequence of the HD gene occurs that people develop symptoms of HD. The specific mutation that underlies all cases of HD is an expansion of 3-letters of the DNA code, a repetitive sequence of the genetic letters C-A-G, near one end of the HD gene.

Usually, genes are used by cells as a sort of recipe that directs them how to build a protein. This happens with the HD gene, so we also have the HD protein — huntingtin — which is the thing scientists think actually causes all the cellular dysfunction and death in HD.

Huntington’s disease scientists and families are excited about a therapeutic approach called gene silencing. Gene silencing relies on the fact that cells don’t directly copy DNA into protein, but rather into a sort of rough copy that’s made from a chemical called RNA. Gene silencing approaches target this RNA message — chopping it up, and thereby stopping the cell from making the HD protein.

Sounds good, right? It is a good idea, and HDBuzz is as excited as anyone about gene silencing approaches, which are rapidly headed towards clinical trials. But sharp readers might have noticed something. Even if gene silencing works, it doesn’t change the DNA, meaning that every cell of an HD mutation carrier still has the mutant HD gene – it’s just stopped from making any mutant protein.

What if we could actually edit the DNA of Huntington’s disease patients, and remove the mutation altogether? Until very recently, this would have sounded like a crazy idea. Scientists tend to think of someone’s collection of genes, or ‘genome’, as fixed from the time to conception until the time of death. Sure, mutations occur throughout life — that’s how cancer arises — but these are more likely to hurt than help, and our cells have powerful DNA repair machinery to fix them.

Very recently, scientists have started stealing genetic tricks from microscopic bacteria. These bugs are constantly at war with one another, and have developed efficient DNA-cutting tricks as weapons in that bacterial warfare. Scientists discovered that we can ‘borrow’ these bacterial weapons to cut any DNA sequence they like in the lab.

These tools now have a bewildering array of names, including ‘zinc finger nucleases (ZFN’s)’, ‘Transcription activator-like effector nucleases (TALENs)’ and ‘Clustered Regularly Interspaced Short Palindromic Repeats (CRISPR)’. The bottom line is that they can all be used to cut DNA at a specific target sequence.

Essentially, tools like TALENs and CRISPR enable scientists to edit DNA – cutting out undesired parts and inserting desired ones, just like using a word processor to fix up an ugly paragraph. While scientists have long been able to ‘paste’ DNA into a broken strand, they’ve lacked the tools to ‘cut’ the DNA wherever they like. Now they have them.

The obvious thing to do, at least in the case of Huntington’s disease, is to cut out some of the extra copies of the C-A-G repeat that cause the disease. Another possibility is to use the editing tools to snip out part of the mutant HD gene, rending it gibberish that is never turned into a protein.

The newest, and currently most talked about, DNA editing technology is called CRISPR. Using the CRISPR approach, scientists can steer a cutting complex anywhere in a person’s DNA and make a very precise snip.

If this sounds familiar, it’s because it’s a very similar approach to zinc finger nucleases (ZFNs), which we’ve written about before at HDBuzz. The difference between CRISPRs and ZFNs is that the targeting component of ZFNs is bulky and is artificially constructed in the lab, while CRISPRs are steered more precisely using small pieces of RNA, hopefully providing more specific targeting.

CRISPRs to the rescue?

CRISPR hit the headlines recently because the UK’s Independent newspaper commissioned an opinion piece-technique-breaks-the-mould-8925323.html) by Nobel-winning geneticist Craig Mello, who’s started using the technique in his lab. Scientists have been studying CRISPR since at least 2007. What’s changed in the past couple of years is that CRISPR has become increasingly sophisticated as a tool for manipulating genes in the lab.

There are several possible uses of this CRISPR technology, or indeed any ‘genome editing approach’. First, it is possible to imagine treating very early stage embryos, or even fertilized eggs, growing in a dish in a fertility clinic. With this kind of approach it’s technically possible to produce babies with no mutant HD genes, and so no Huntington’s disease.

While exciting, this is already possible using simpler techniques like pre-implantation genetic diagnosis, which relies on a simple genetic screen to identify embryos that carry the HD mutation. Genome editing would take this one step further, and actually correct the defect, rather than simply screening for it.

Another exciting possible application of this technology would be to treat the brains of adult HD mutation carriers with something like CRISPR, targeting their mutant HD gene for correction. This use is the one which has caused so much speculation in the press – could we use these new genome editing tools to correct the actual defect that causes genetic diseases, like HD?

In fact, as we reported in 2012, testing genome editing for Huntington’s disease is already well underway! A company called Sangamo Biosciences is working with CHDI Foundation, Inc. to develop zinc finger nucleases as therapies for HD. They’ve already developed ZFNs that specifically bind and snip near the expanded C-A-G tract in the HD gene, which results in the interruption of HD gene expression.

This week, at the Society for Neuroscience meeting in San Diego, CA, Sangamo presented the latest results with ZFNs targeting the HD gene. Sangamo’s current efforts focus on silencing the gene, rather than editing it directly. For the first time, they described work suggesting that their ZFNs were beneficial in a mouse model of HD. Their press release notes that “in the ZFP Therapeutic-treated regions of the animals’ brains, scientists observed a reduction of mutant huntingtin protein aggregates”. They go on to say that mice treated in this way showed some improvements in behavioral signs of disease.

Genome editing technologies like CRISPR and ZFNs are amongst the most exciting lab advances of the last few years. Their potential use in both the lab and clinic is likely to be huge, but we need to consider the limitations to their use in Huntington’s disease.

The most important limitation to using CRISPR and related genome editing approaches is delivery, delivery, delivery. Because these therapies are based on big protein molecules, they’re not the type of drug you can take in a pill: they have to be delivered into the brain using injections, packaged into viruses, or similar technology.

For example, if you look back to the Sangamo press release about ZFNs in HD mouse models, they’re careful to state that there was an improvement of aggregates in “ZFP Therapeutic-treated regions of the animals’ brains”. This is likely to be a small proportion of the mouse brain, which would be a very tiny fraction of the human brain — unless we can drastically improve the delivery technology.

This type of therapy that involves the delivery of a gene to patients tissues is called gene therapy. Any gene therapy for HD will require brain surgery to get the virus into the brain, and then will only spread to a small patch of brain tissue, at least using existing technology.

While the newer CRISPR technique might make things somewhat easier and more precise, it doesn’t come close to solving the delivery problem.

Thanks to these delivery issues, getting gene therapy to work for neurodegenerative diseases is going to be a long slog. In Huntington’s disease we also have the problem that we may need to deliver the drug to the entire brain in order to fix all the symptoms of HD, not just little patches of it. This will likely prove relatively easy in a mouse, whose brain weighs less than half a gram, but will be much harder in humans, whose brains are on the order of 1300 grams.

For Huntington’s disease patients, these new technologies remain an interesting lab technique — and one well worth pursuing — but until someone demonstrates that they can cover enough of the brain to make a difference, they won’t make the leap to human use. However, repairing the genomes of people with genetic diseases may well become a standard treatment some time in the future, and it’s very exciting to see the first steps down that long path.

Free of charge | Open to everyone | Register in advance Sexual problems are common in Huntington’s disease and can contribute to poor quality of life for people affected by Huntington’s and their partners. Loss…
Read more
View Calendar