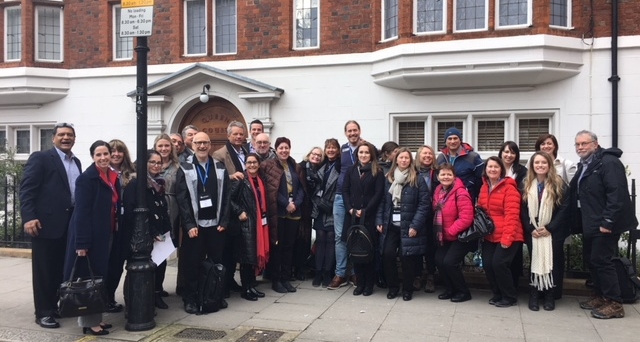 The first weekend in February was historical: it was the first meeting of the Huntington’s Disease Coalition for Patient Engagement (HD-COPE). They learned about research and met one of the largest pharmaceutical companies in the world.

Watch a video from the London meeting below!

Around thirty people had gathered at the Holiday Inn Hotel in London. They were old, young, men and women and they came from twelve different countries.

And they all had one thing in common: Huntington’s disease.

The group seemed excited and eager to get started.

After one year of planning, HD-COPE was launched in September 2017. The overall aim of the coalition is to be the voice of family members.

They want to speak the patients’ needs and be a link between researchers and families.

The HD-COPE team consists of twenty people: ten Europeans, four Canadians and six Americans. They are all affected by Huntington’s disease in one way or the other: as caregivers, at-risk, gene positive or negative.

In addition to the team, the founders of the coalition were present in London: the European Huntington Association (EHA), Huntington’s Disease Society of America (HDSA) and Huntington Society of Canada (HSC). The leaders of these three associations make up the HD-COPE Advisory Board.

The Advisory Board is responsible for organizing meetings with the HD-COPE team, pharma companies, regulators and researchers.

The coalition has three main objectives: 1) Improve the quality in all aspects of trials with humans; 2) Speed up the research process and 3) Make sure research is ‘for families’ and not ‘about patients’.

Therefore, the London meeting was important in many ways. Over the weekend the team learned about ongoing trials, the trial procedure and how their input can improve the quality of a trial.

They were encouraged to ask questions, listen, challenge and to shape research.

There is a lot going on in Huntington research. To learn more about some of the ongoing trials, HD-COPE visited University College London (UCL).

In addition, they met Dr. Ed Wild and his team. Wild is a Principal Investigator at UCL Huntington’s Disease Centre and cofounded HDBuzz in 2010.

– Research differs from a doctor’s appointment

Back at the Holiday Inn, the team members also met Bernhard Landwehrmeyer, researcher and one of the founders of the European Huntington’s Disease Network (EHDN).

– It is important to remember that research is something different than a normal doctor’s appointment, he reminded the coalition.

So how can HD-COPE improve trials? The team members were especially interested in the trial protocol.

The protocol is a step-by-step guide on how the trial is conducted.

For instance: How will the drug be administered? How many visits does the trial require a month? Are the visits scheduled on weekdays or weekends and so on.

Important aspects – especially for those participating in the trial.

During the last day in London, HD-COPE met Roche Pharmaceuticals.

Roche is currently studying the effects of Huntingtin lowering on symptoms of Huntington’s disease. To make the trial successful, Roche wanted input from the HD-COPE team.

HD-COPE gave input on how Roche best can design their trial: what the needs of Huntington families are and how they can prevent participants from dropping out.

Thomas Wiese works at Roche Pharmaceuticals and highly appreciated HD-COPE’s perspectives: – Only within the two, three hours that we had so far we got so many tangible and really concrete advises. We really couldn’t have asked for more. 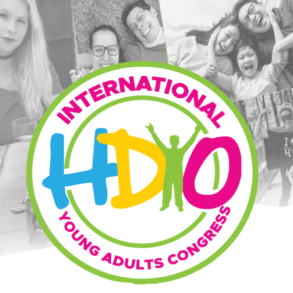 This event is aimed primarily at young adults from HD families around the world aged 18-35 (note: we will allow those a few years over 35 to attend as well). However, the event is also…
Read more
View Calendar