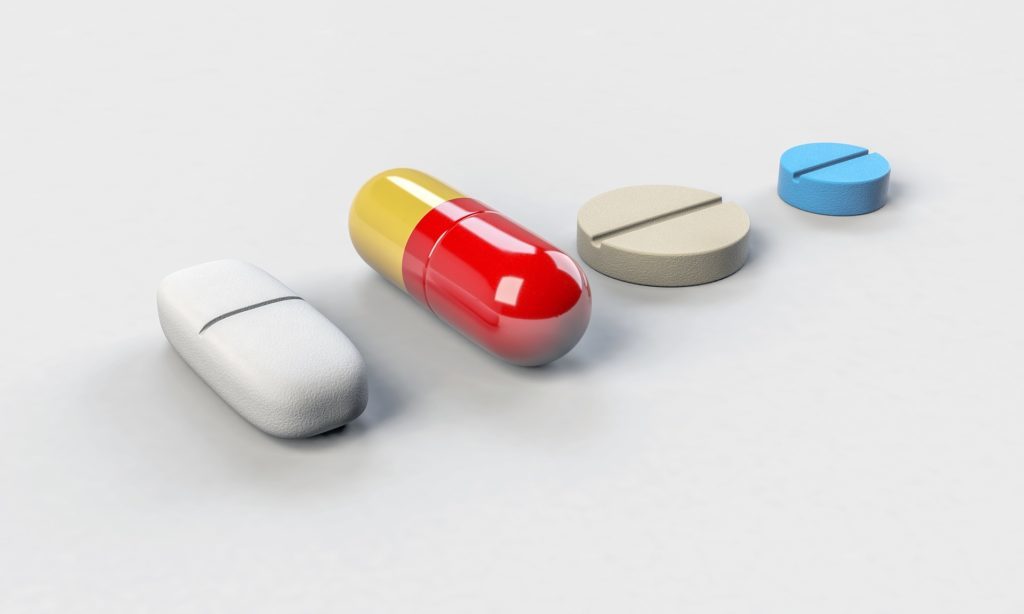 The Swiss pharmaceutical company Novartis is currently developing a pill for Huntington’s disease. Two days ago, the US Food and Drug Administration, FDA, granted an Orphan Drug Designation for the drug.

The drug is called branaplam (LMI070) and is administered in the form of a pill that you take through your mouth.

At the moment, branaplam is dosed once weekly for the treatment of spinal muscular atrophy. The same dosing regimen might also be possible for Huntington’s disease.

Animal studies has shown that the drug reduce levels of the mutant huntingtin protein – the underlying cause of Huntington’s disease. Now, Novartis will study whether the same reduction is found in humans.

The company is therefore planning to start in-human trials in 2021.

Why do we want to reduce huntingtin?

If you have inherited Huntington’s disease, your gene is producing too much huntingtin protein.

By lowering the level of huntingtin protein in a person with the disease, we might be able to delay disease onset or slow progression.

Therefore, Novartis intends to study whether branaplam could work as a treatment for people living with Huntington’s disease.

Two days ago, Norvatis announced that the FDA granted an Orphan Drug Designation for branaplam. An orphan designation, or sometimes “orphan status”, is the granting of a special status to a drug to treat a rare disease.

The status aims to help companies develop drugs for rare diseases which would be difficult to produce without government assistance.

The company producing the drug is therefore getting developmental and financial incentives, such as tax credits.

Branaplam (LMI070) is a once-weekly, orally administered, small molecule RNA splicing modulator that is currently under investigation for the treatment of spinal muscular atrophy (SMA). SMA is a rare, progressive genetic disease, characterized by loss of motor neurons that are responsible for muscle function. Novartis has more than 5 years’ clinical experience with branaplam in our ongoing SMA development program.