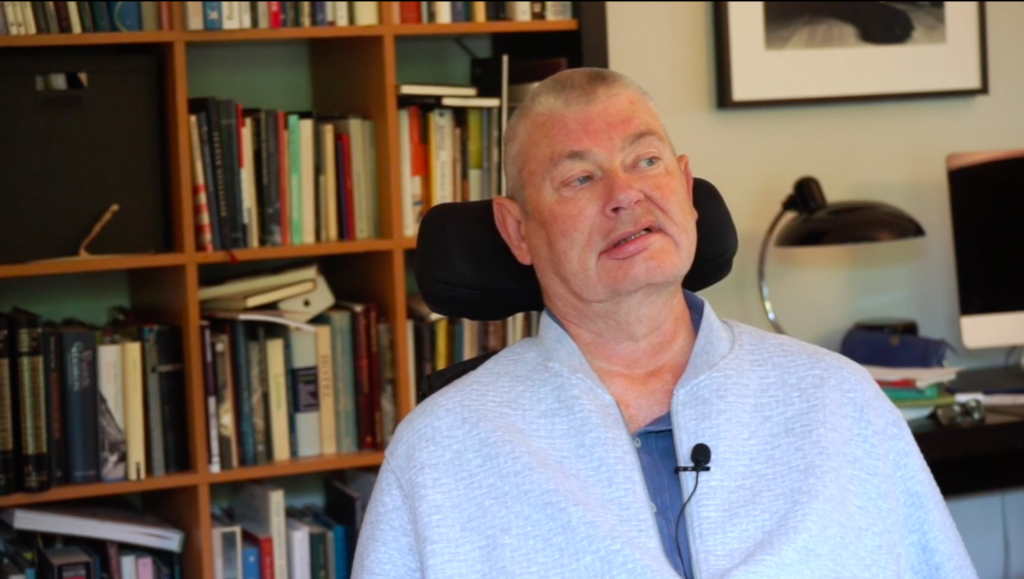 We are proud to launch Part I in our interview series with the Norwegian author Thorvald Steen! In Part I of “The Inherited Shame”, the author talks about when he first found out about having inherited a genetic disease: Facioscapulohumeral.

Thorvald Steen was born in 1954, in Oslo, Norway. He grew up with his mother and grandmother. He didn’t know anything about his grandfather – a man who died many years prior to his birth.

Facioscapulohumeral muscular dystrophy is a disorder characterized by muscle weakness and wasting (atrophy). This condition gets its name from the muscles that are affected most often: those of the face (facio-), around the shoulder blades (scapulo-), and in the upper arms (humeral). The signs and symptoms of facioscapulohumeral muscular dystrophy usually appear in adolescence.