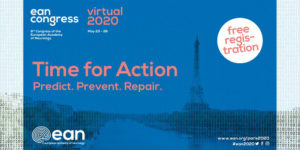 The 6th Congress of the European Academy of Neurology (EAN), and First Virtual Congress, was the biggest meeting in neurology this year with 43.844 online participants. You can now watch all of the sessions online for a limited time and free of charge!

The Congress was planned for May in Paris. Due to COVID-19, it was however moved online. Here, 43.844 attendees learned more about research and neurology. You can find the full scientific programme here.

All sessions of the EAN Virtual Congress 2020 will be available again from July 11 until 14 at www.eanvirtualcongress.org. Make sure to sign up to get access to the sessions for this one time only.

Postponed due to COVID-19.

Every second year European Huntington’s Disease Network (EHDN) hosts one of the world’s largest conferences dedicated solely to Huntington’s disease (HD). In 2020, the EHDN Plenary Meeting was supposed to take place in Bologna, Italy September 10-12. However, the meeting is postponed exactly 1 year – until September 10-12, 2021. 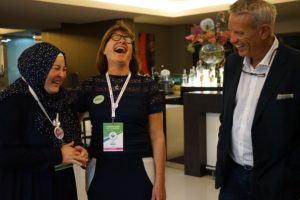 Postponed due to COVID-19. Hopefully we will see you next year instead!

The European Huntington Association (EHA) Business Meeting is held every other year and is taking place around the same time as the EHDN Plenary Meeting.

During the Business Meeting, the EHA Board will present their work over the last two years. Participants will also have the opportunity learn more about Huntington’s disease, research and get to know others in the Huntington community. At the Business Meeting in 2018, new representatives from Greece and Gran Canaria attended. You can find a video from the last Meeting here.

The Business Meeting is open to members of the European Huntington Association. Usually, each member association have one or two representatives at the meeting. 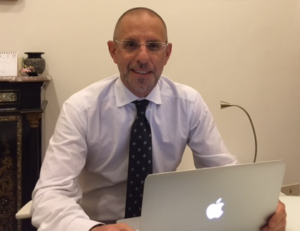 Huntington’s disease in children receives less attention than Huntington’s disease in adults. However, research indicates that the childhood disease works somewhat different than the one seen in adults. Two years ago, Squitieri found that the juvenile disease should be separated into two distinct categories: one more aggressive than the other. Moreover, the two should perhaps be treated differently. Learn more about Squitieri’s findings here!

Squitieri has been studying and treating patients with Huntington’s disease and juvenile onset Huntington’s disease over the last 30 years. He is Head of the Huntington and Rare Diseases Unit at Fondazione IRCCS Casa Sollievo Sofferenza Research Hospital in San Giovanni Rotondo and the Neurology Department at CSS-Mendel Institute in Rome. 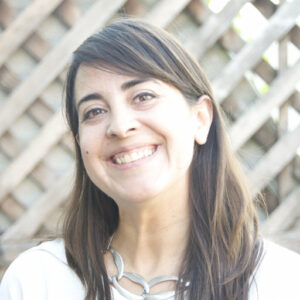 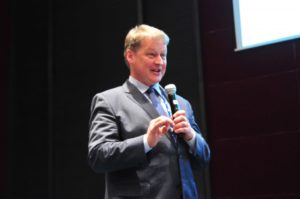 Ganos is a neurologist and senior lecturer at the Movement Disorders and Neuromodulation Unit at the Charité, University Medicine in Berlin. His clinical and research focus is on movement and neurodegenerative disorders. 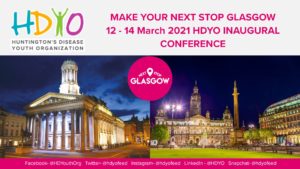 Due to the corona virus, the International Young Adult Congress had to be postponed from 9 May 2020 until 9 March 2021. HDYO is still extremely excited for Congress in 2021 and hope that everyone who was planning to attend in 2020 will be able to attend in March 2021.

The conference will take place in Glasgow, Scotland and HDYO are committed to keep their “star-studded line up and making it an amazing experience for all”. 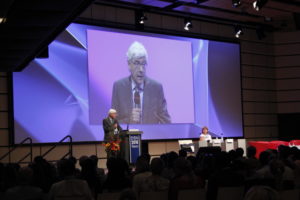 The Plenary Meeting is open to clinicians, scientists, EHA delegates and members of families affected by Huntington’s disease (HD). You can learn more about recent advances in research and attendees have the opportunity to meet people in the field of HD studies in more informal settings.

Usually, EHDN members are entitled to have their travel and accommodation costs reimbursed up to a maximum of 400 EUR for travels within Europe and 600 EUR for travels from non-European countries. Costs above these amounts cannot be covered by the EHDN. Reimbursement forms need to be submitted after the Plenary Meeting.

We will get back to you with more information.

Read more
July 2020 – September 2021 Jul 2020 – Sep 2021
We use cookies to ensure that we give you the best experience on our website. If you continue to use this site we will assume that you are happy with it.OkLearn more